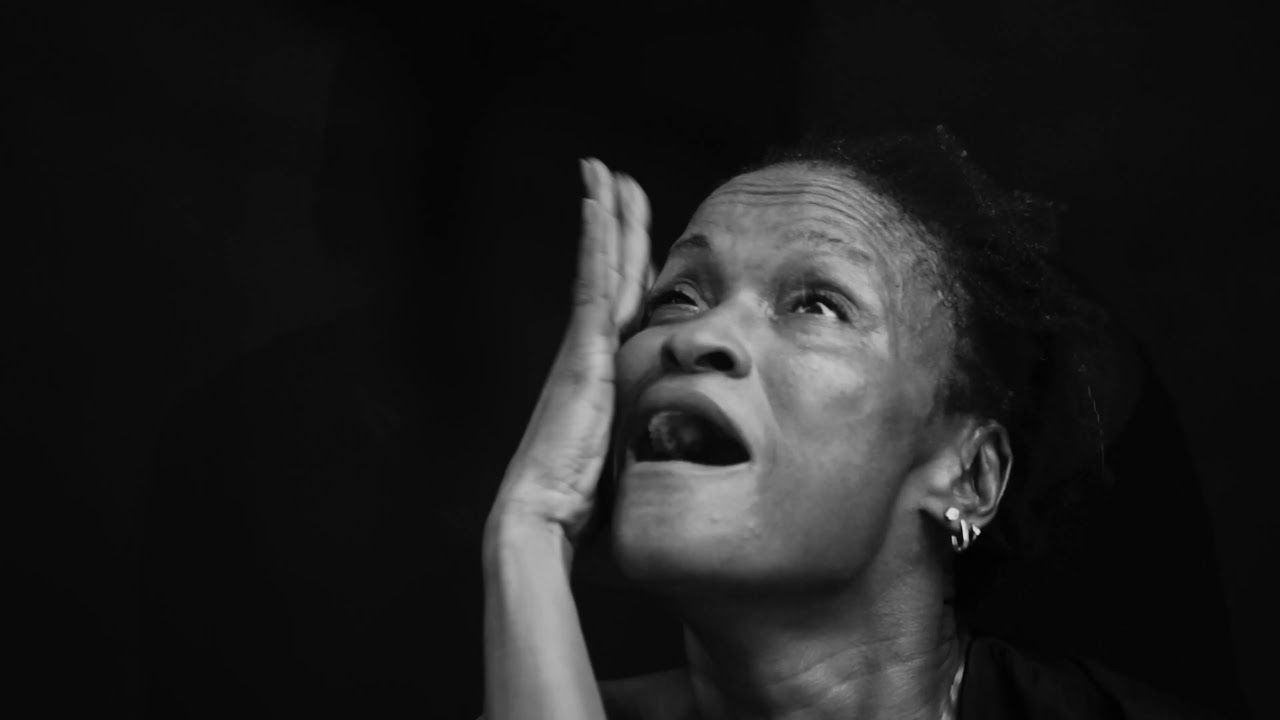 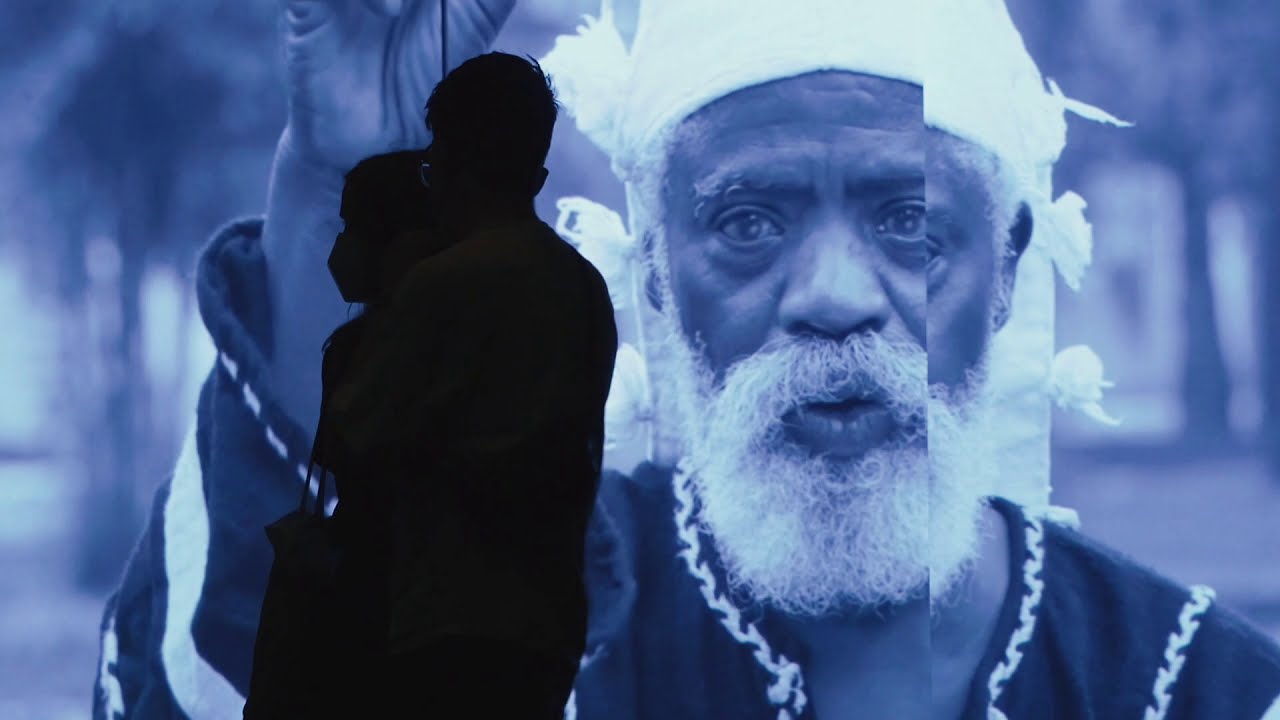 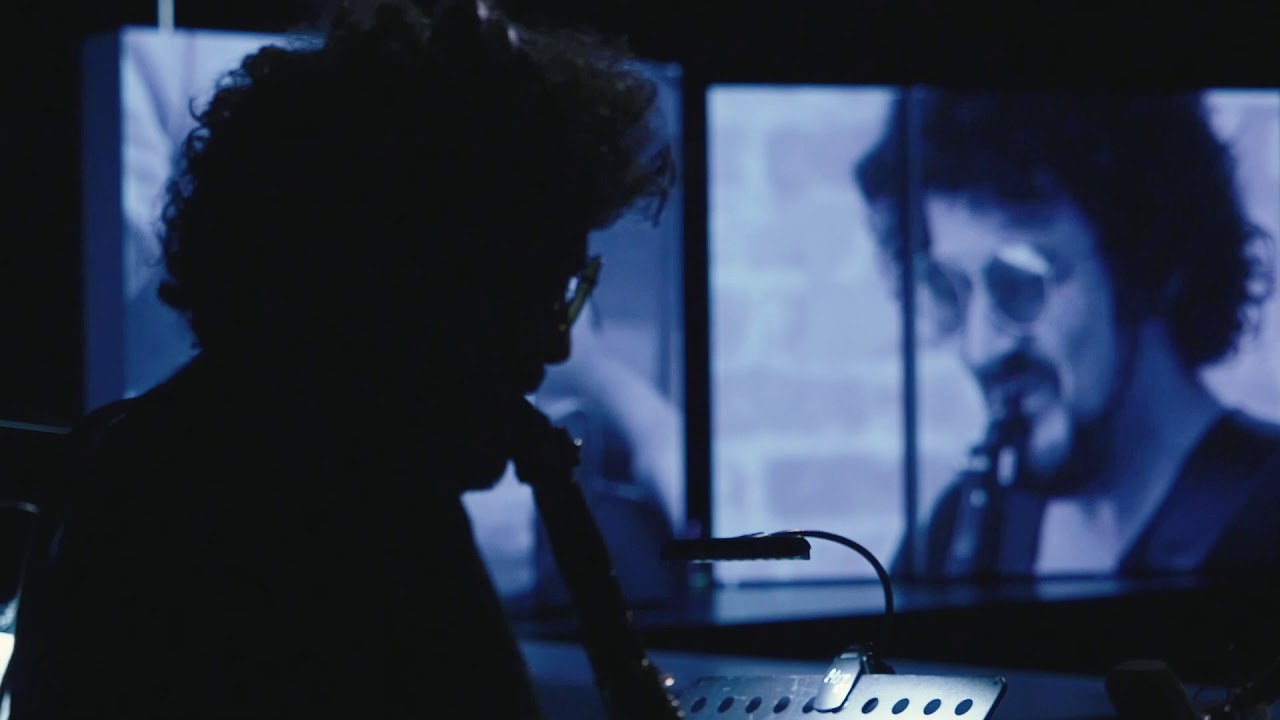 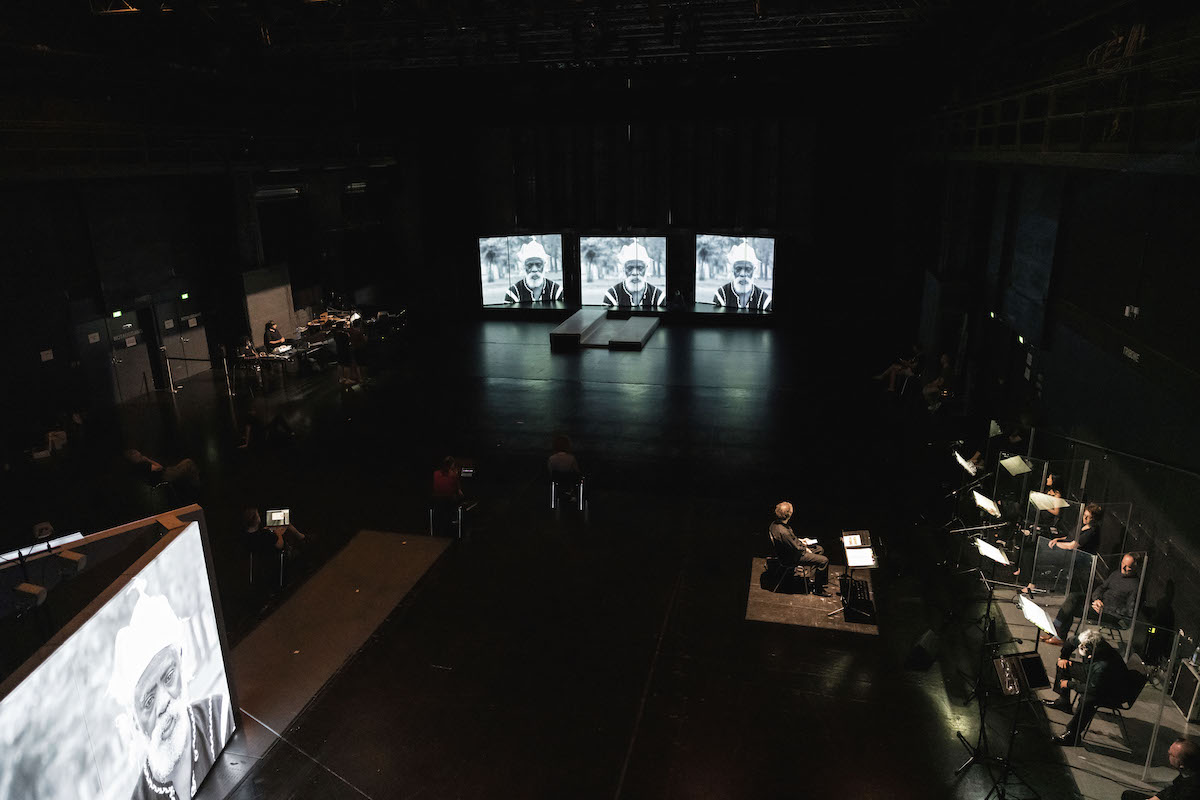 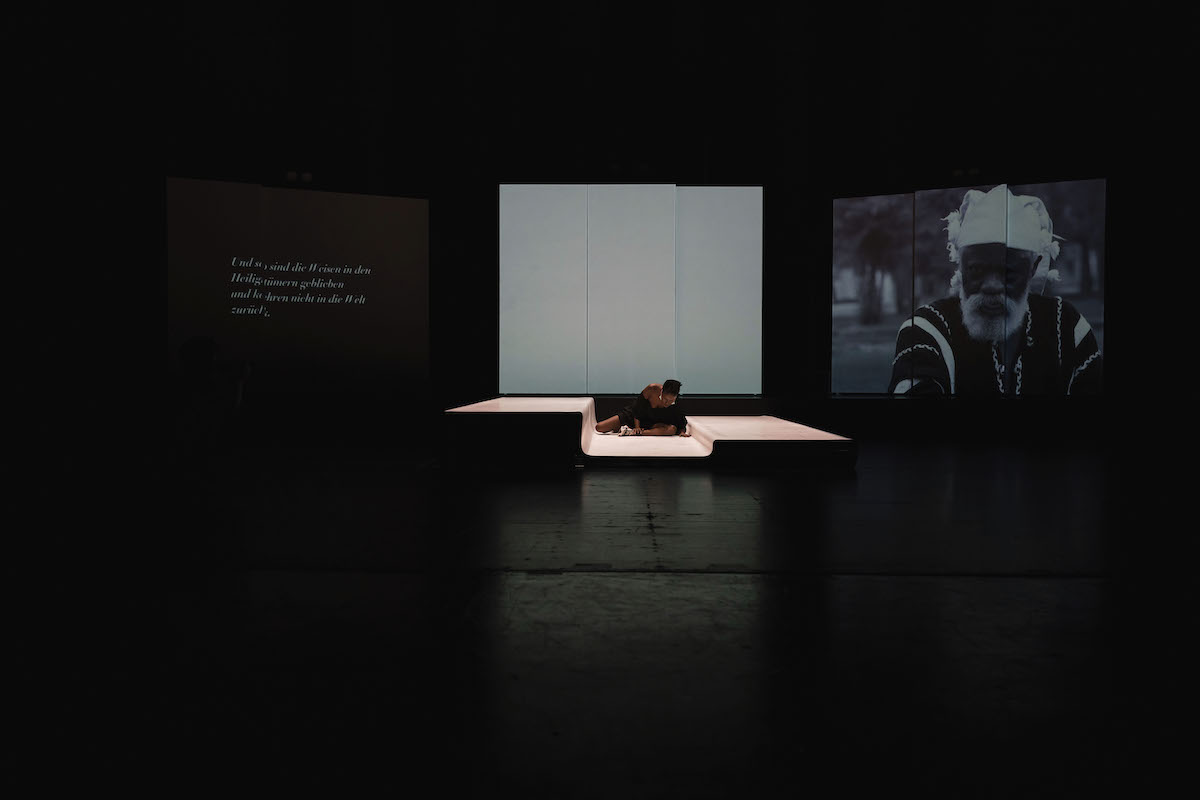 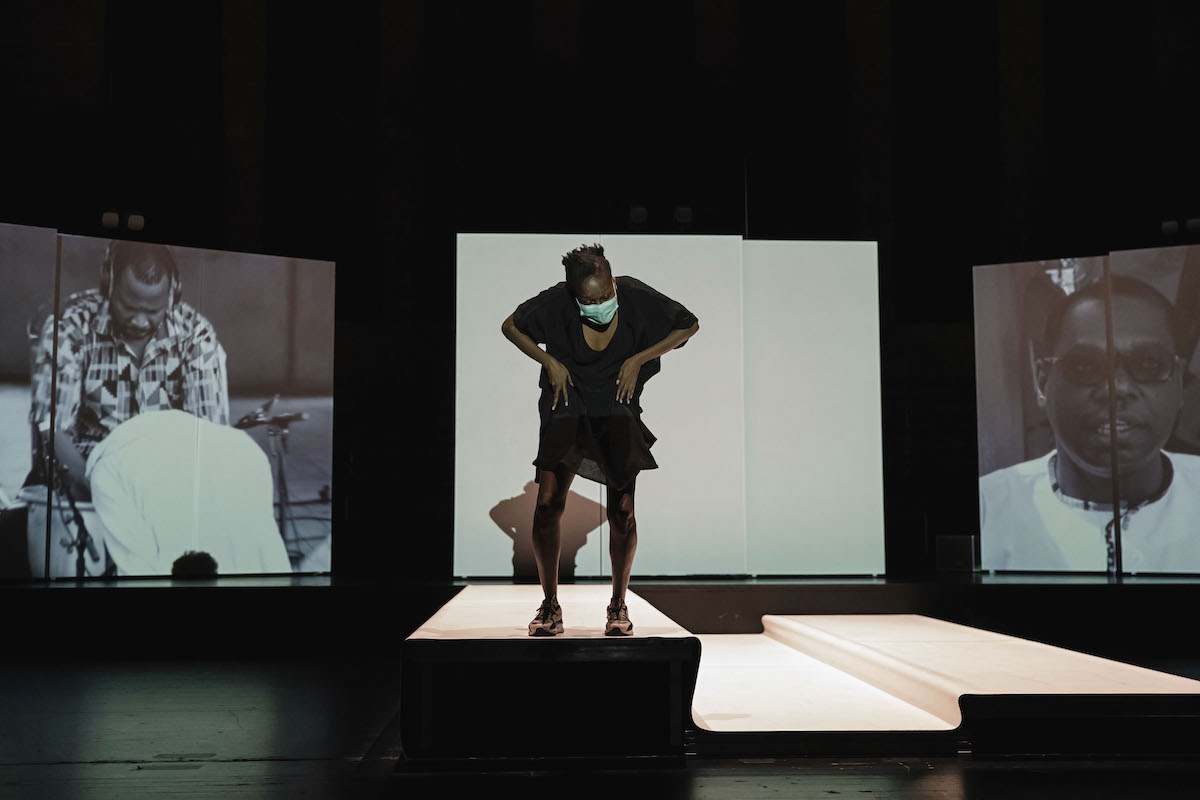 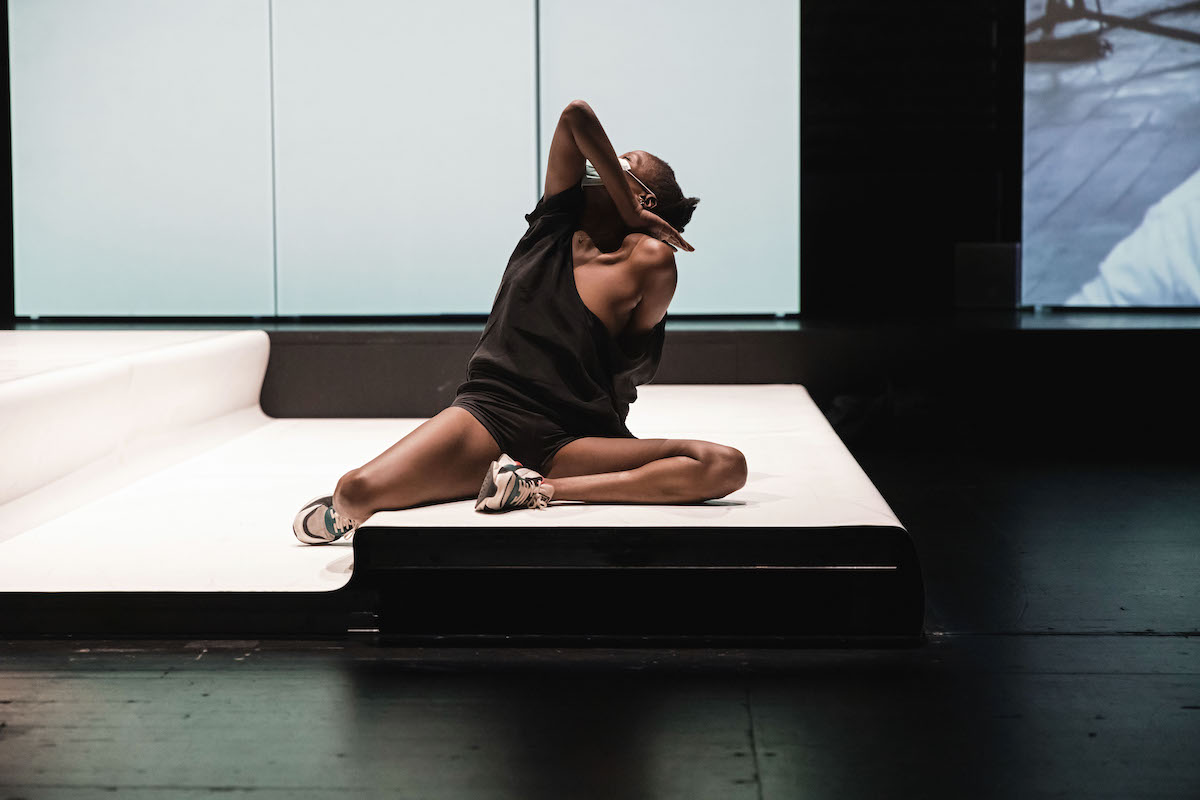 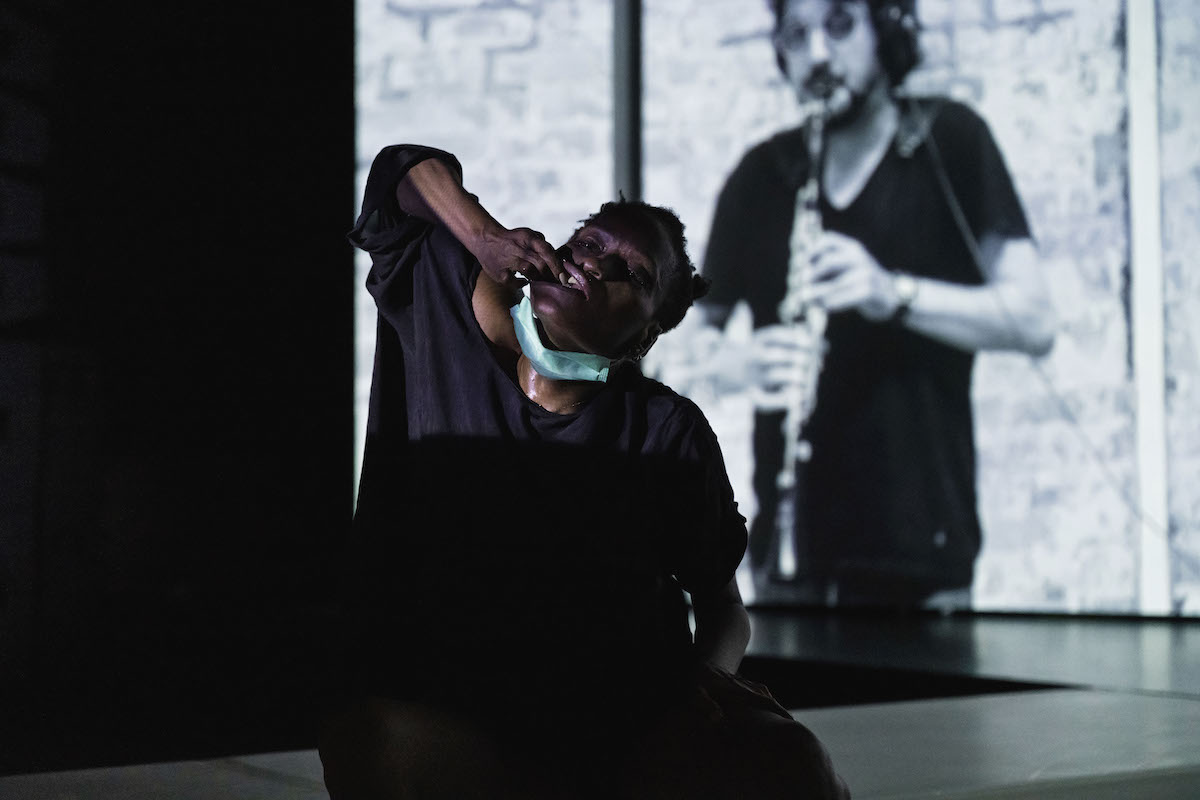 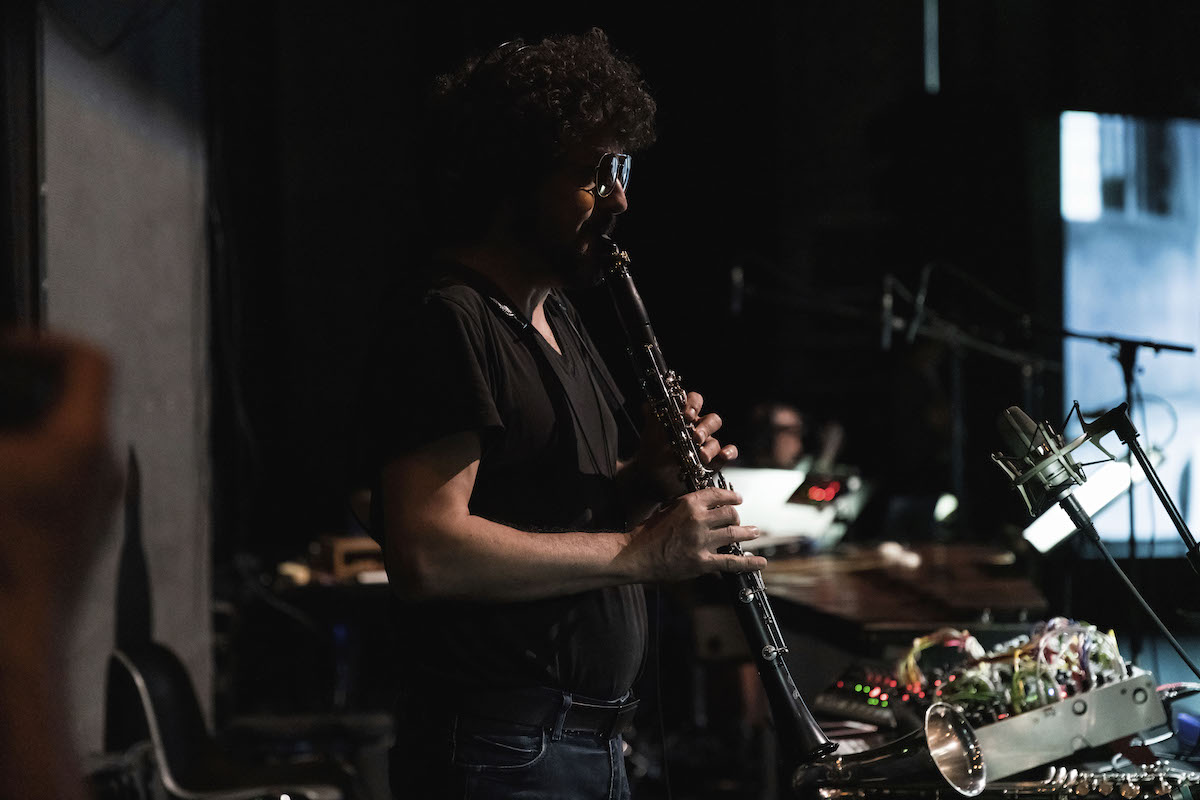 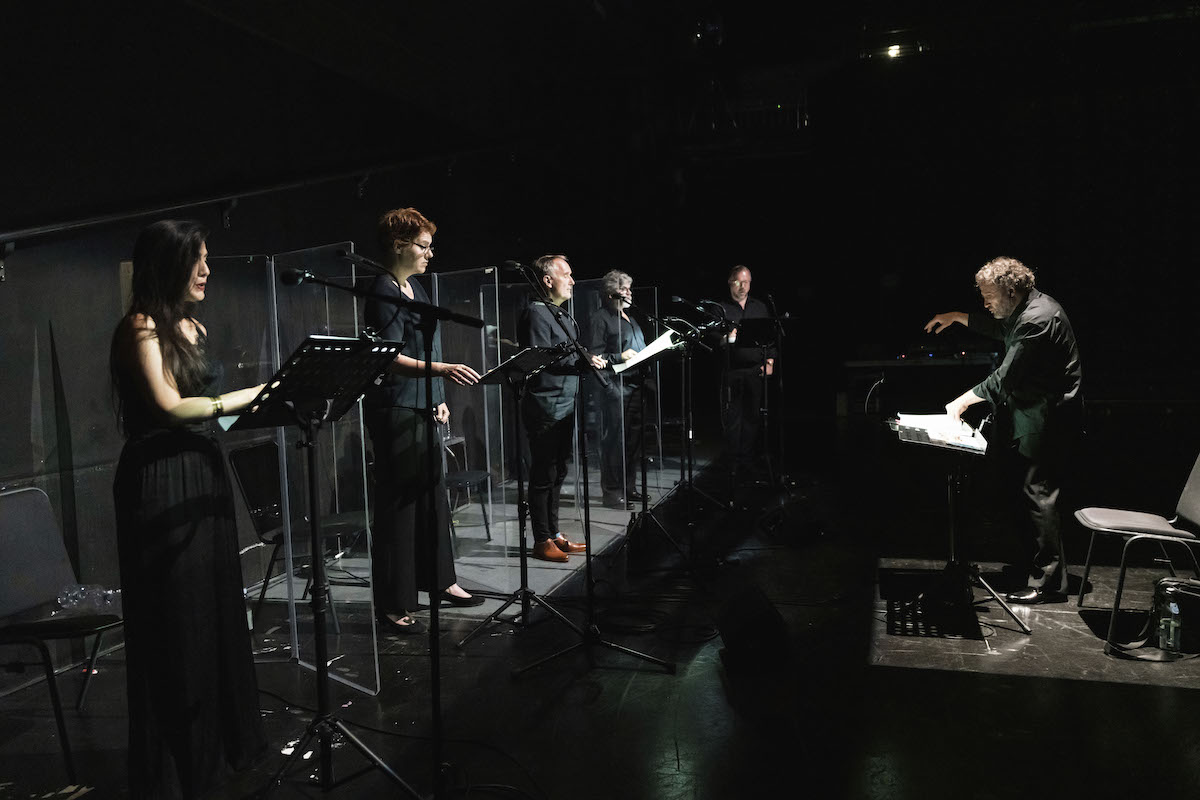 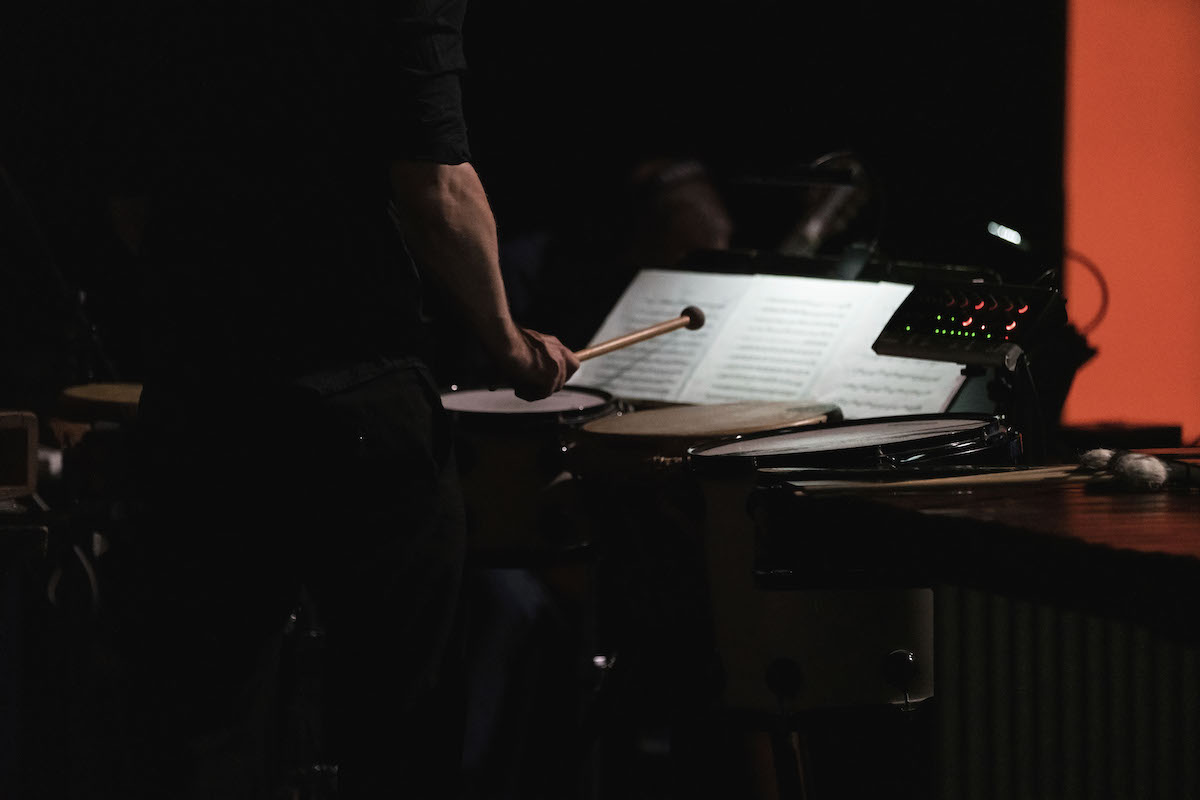 For the production AM ANFANG (“In the Beginning”), Marc Sinan and Kettly Noël explore religious creation myths from West Africa and Europe as well as scientific narratives about the creation of the world. Traditional and religious music from Mali intersects with contemporary European music. Bolstered with singing, performance and video art as narrative devices, AM ANFANG brings together Bamako’s Djiguiya Orchestra with Stuttgart’s Neue Vocalsolisten and the international Marc Sinan Company.

AM ANFANG describes our world by reflecting its pluralistic, contradictory nature. Although we may realize that different perspectives can co-exist, we remain in our own indifferent existences, in our own worlds, each shaped by our own perspectives.

Interestingly, stories about the beginning are fundamentally at odds: Some believe that God created the world. Others believe in the scientific theory of the Big Bang. The Dogon people in Western Mali pass on the myth of a fraternal twin impatiently fleeing the womb, with a piece of the placenta falling off and leading to the creation of the Earth. The Dogon have also held astronomical knowledge about the invisible companion of the star Sirius and its course since time immemorial. Astrophysicists were only able to confirm the twin star’s existence at the end of the 20th century.

AM ANFANG aims to show that our knowledge allows us to have only seeming assurances, which only serve to distinguish ourselves from “the other”. But really, every certainty is only a further proof of the limitations of all human perception and insight. We are one in knowing that every worldview represents only a singular, anthropocentric fragment of reality – one small piece of a much greater whole.

For the installation at the festival DIE IRRITIERTE STADT, an oversized video projection combines with an immersive live performance to provide a mythical space in which the audience is surrounded by creation stories of the Dogon and the nomadic Malian Peulh people, sung simultaneously, contrasted by scientific perspectives on the origins of the universe.

“The most interesting productions aim to make cultural knowledge fruitful across historical and geographical divides. For example, the European-African music performance AM ANFANG, which the Armenian-Turkish-German guitarist and composer Marc Sinan presents at the Theaterhaus.”
–Frankfurter Allgemeine Zeitung, 23 July 2020

“But it’s not the city as the frame of reference for this multimedia performance featuring five singers, three instrumentalists and even more African musicians, recorded and seen on screen – it’s the entire world, along with its origin.”
–Stuttgarter Zeitung, 23 July 2020

“…There are even more ambitious musical activities happening: Creation myths from Europe and Africa are artistically interpreted by Marc Sinan (composition) and Kettly Noël (choreography/performance) in the production AM ANFANG (22 July), which brings together the Neue Vocalsolisten and the Djiguiya Orchestra from Mali.”
–Recommended Stream in Unübersehbar, 17-23 July 2020

A cooperation from the Marc Sinan Company, the Festival DIE IRRITIERTE STADT Stuttgart and the Humboldt Forum Berlin foundation.

A cooperation from the Marc Sinan Company, the Festival DIE IRRITIERTE STADT Stuttgart and the Humboldt Forum Berlin foundation.