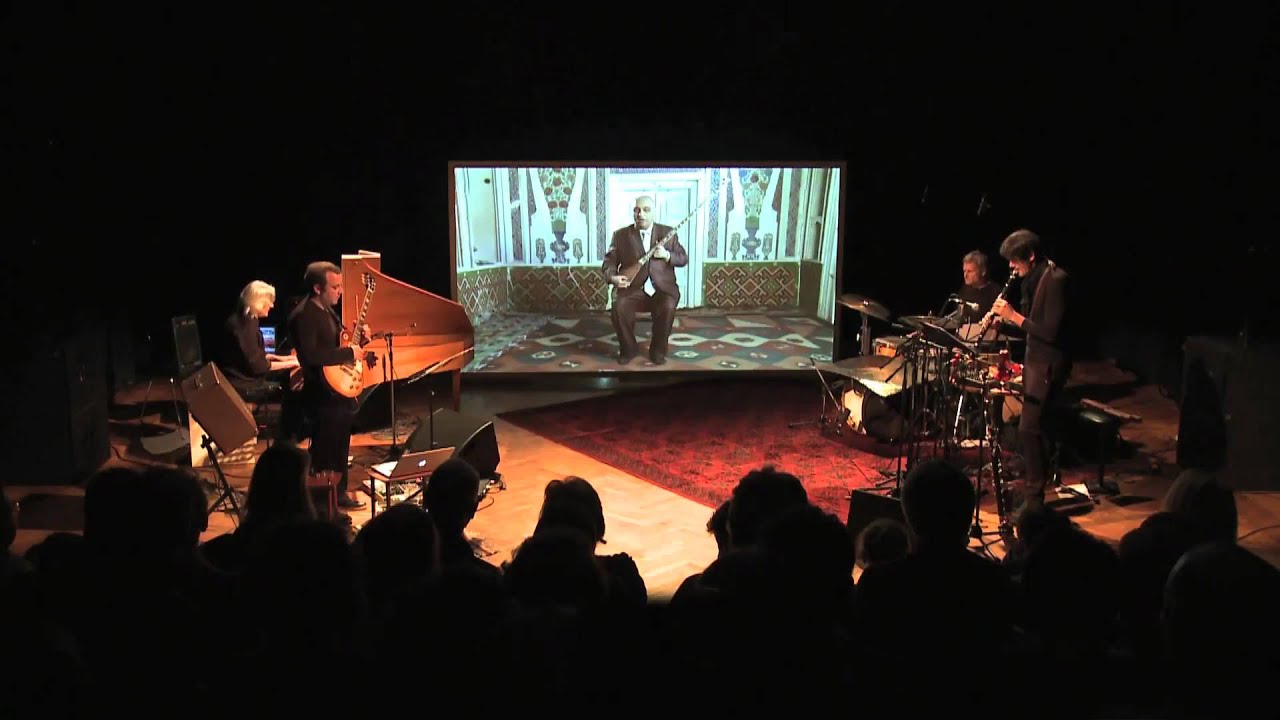 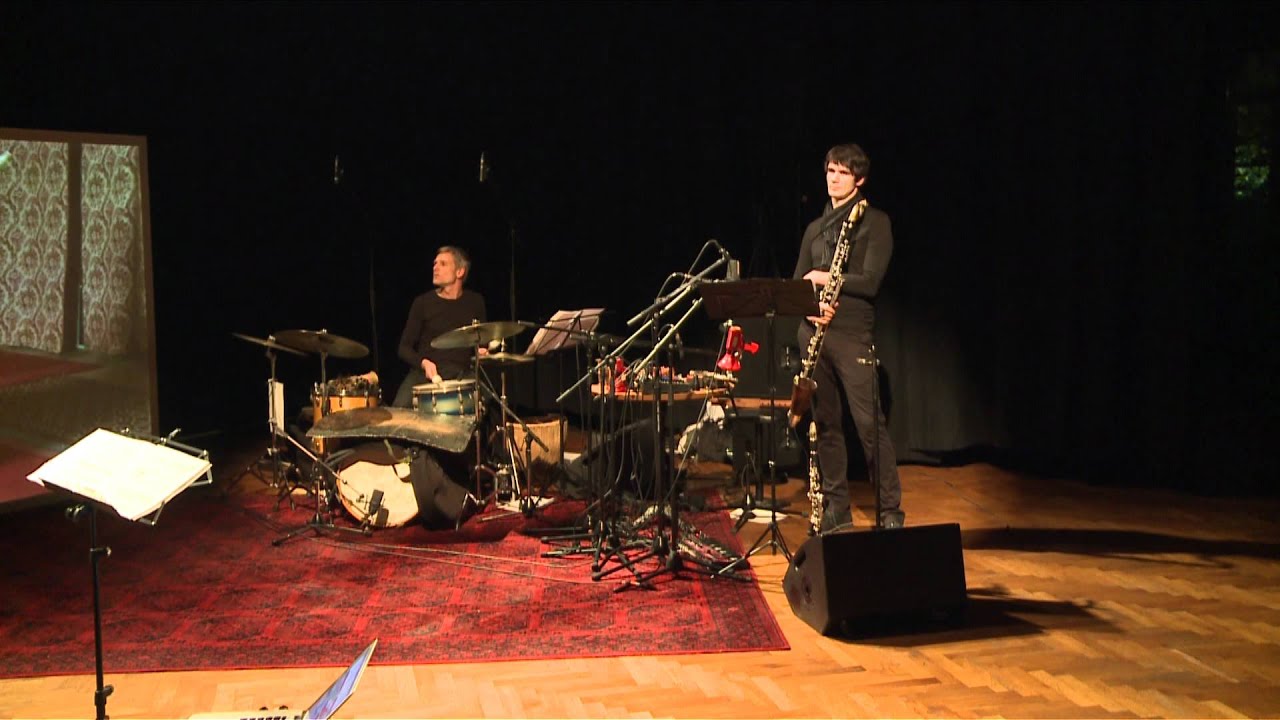 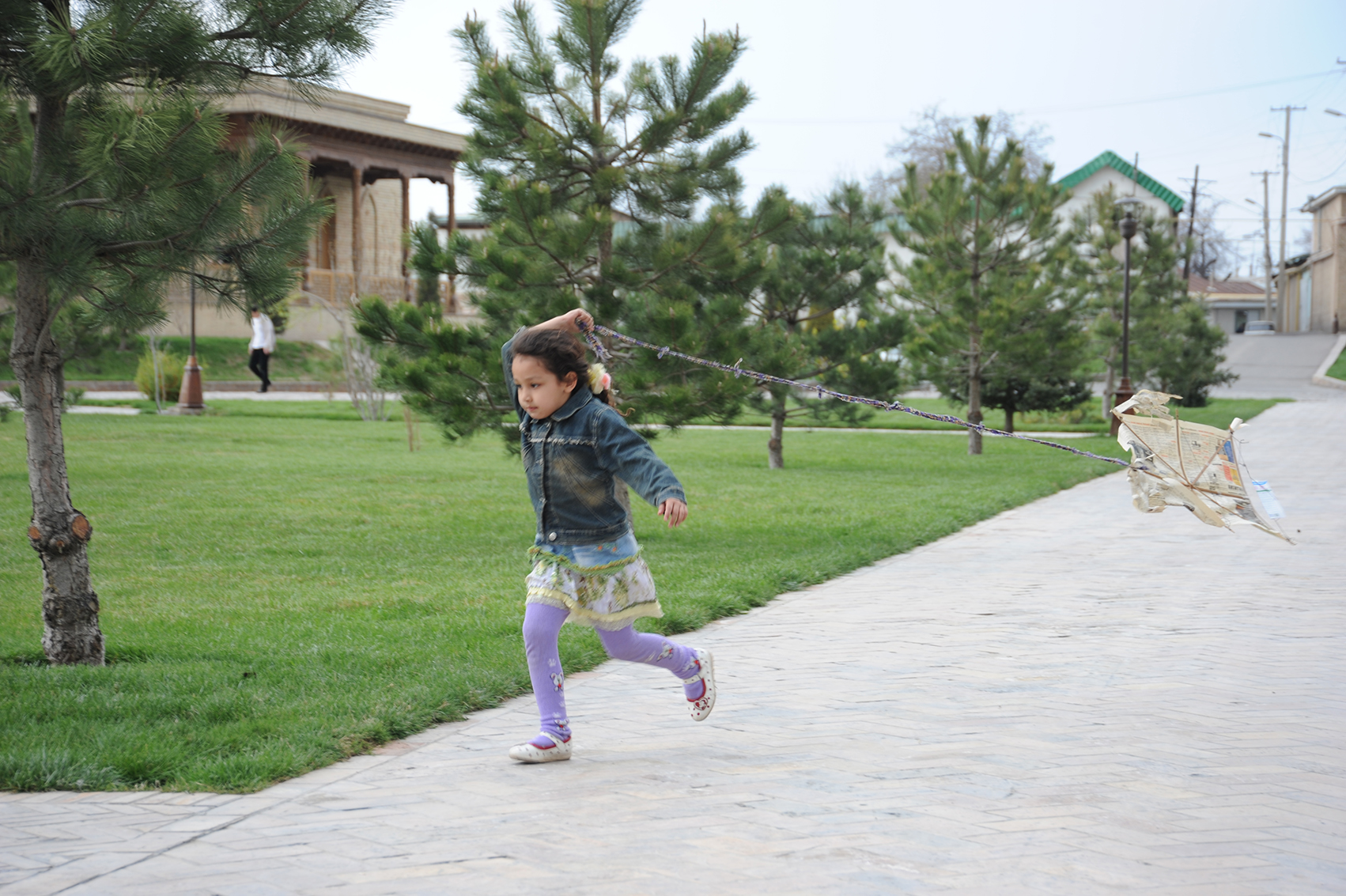 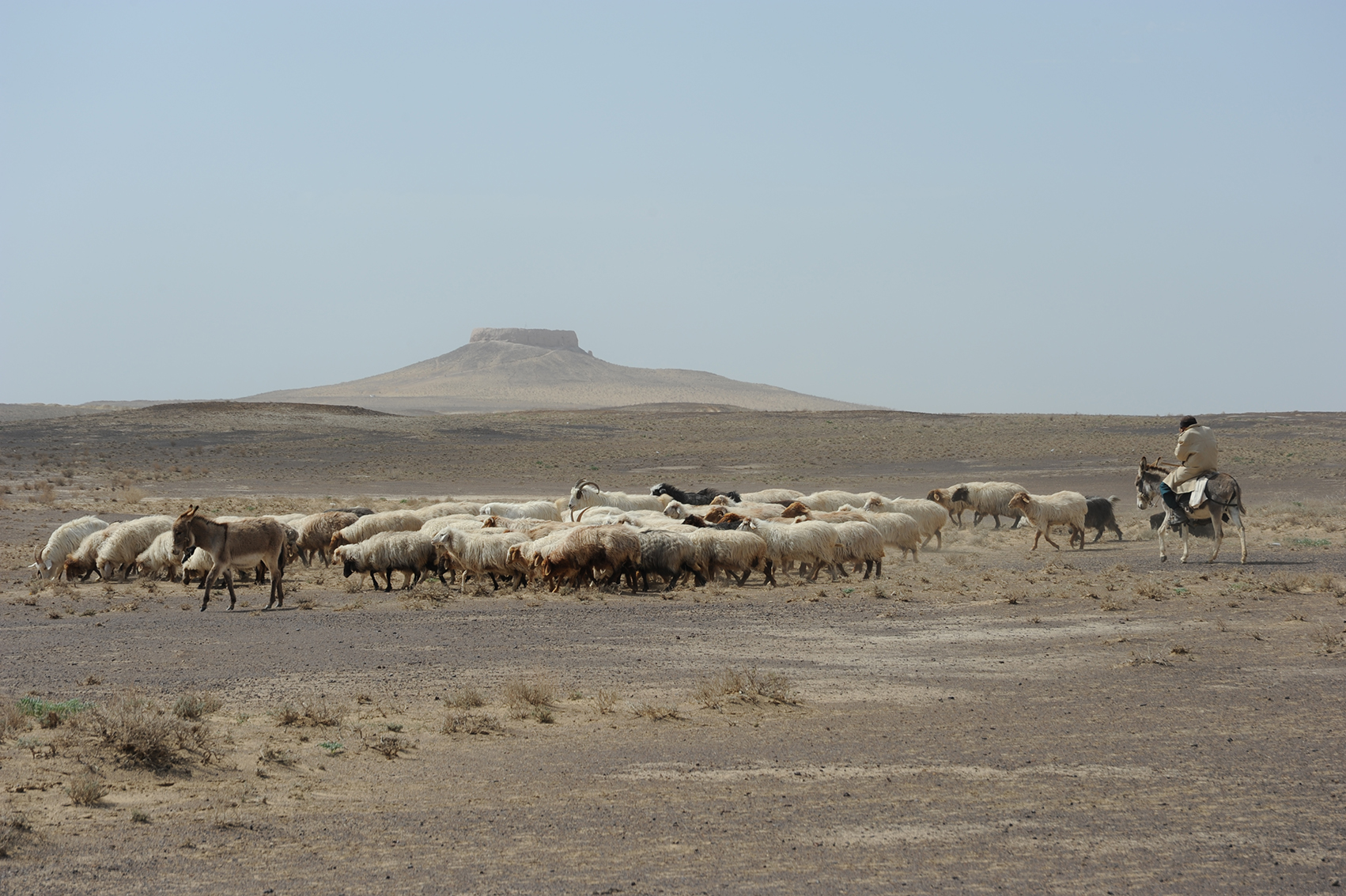 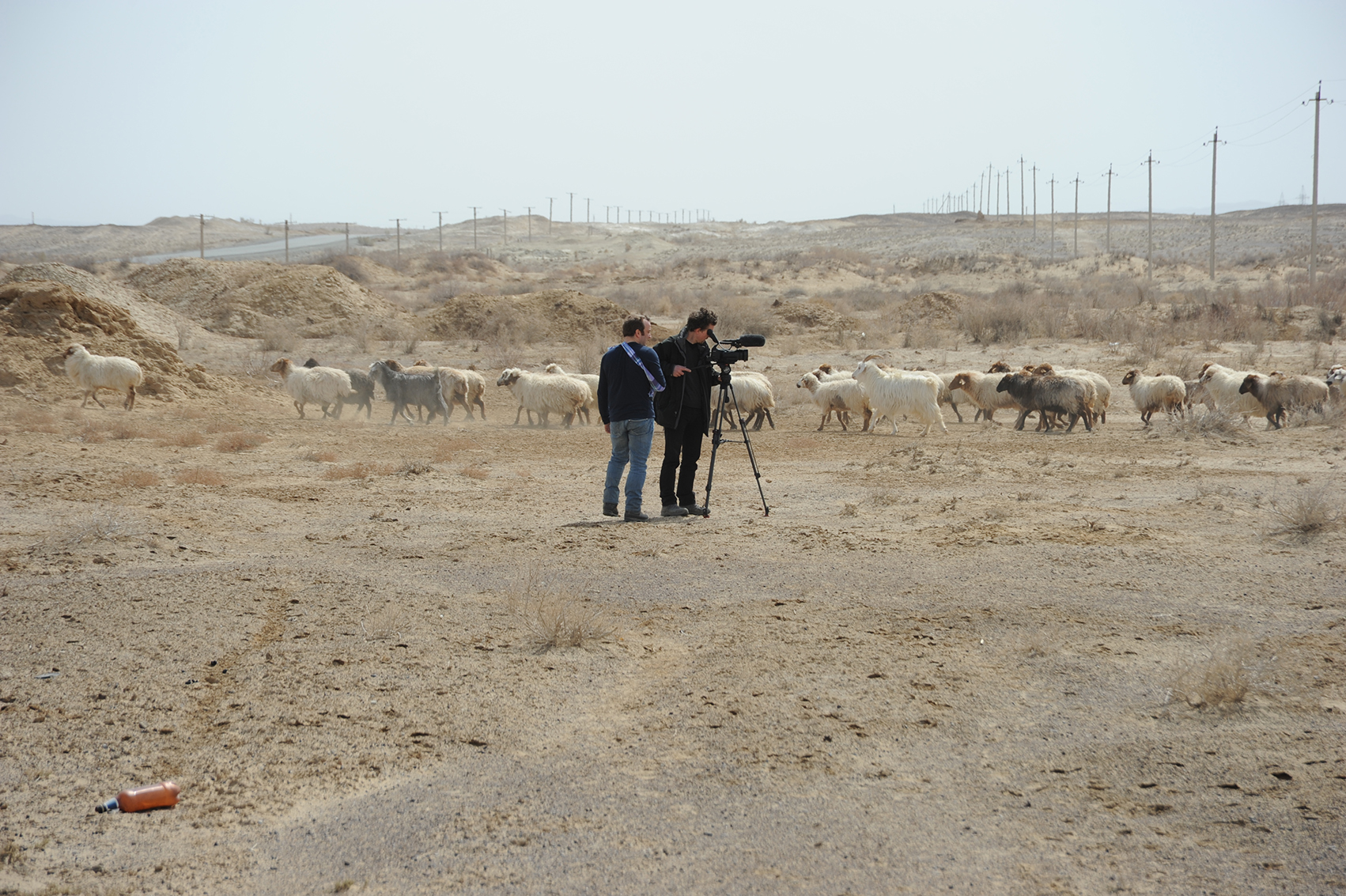 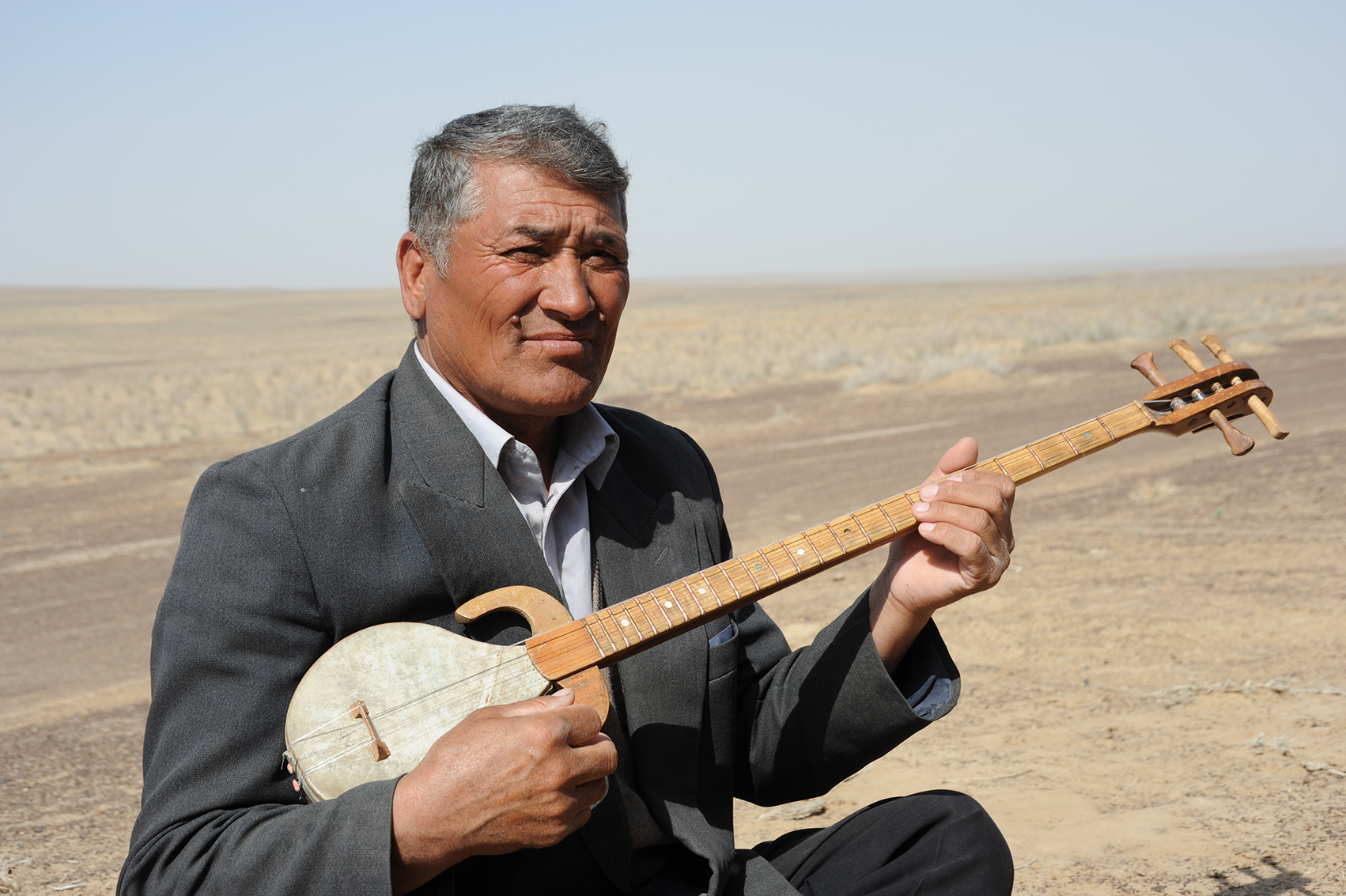 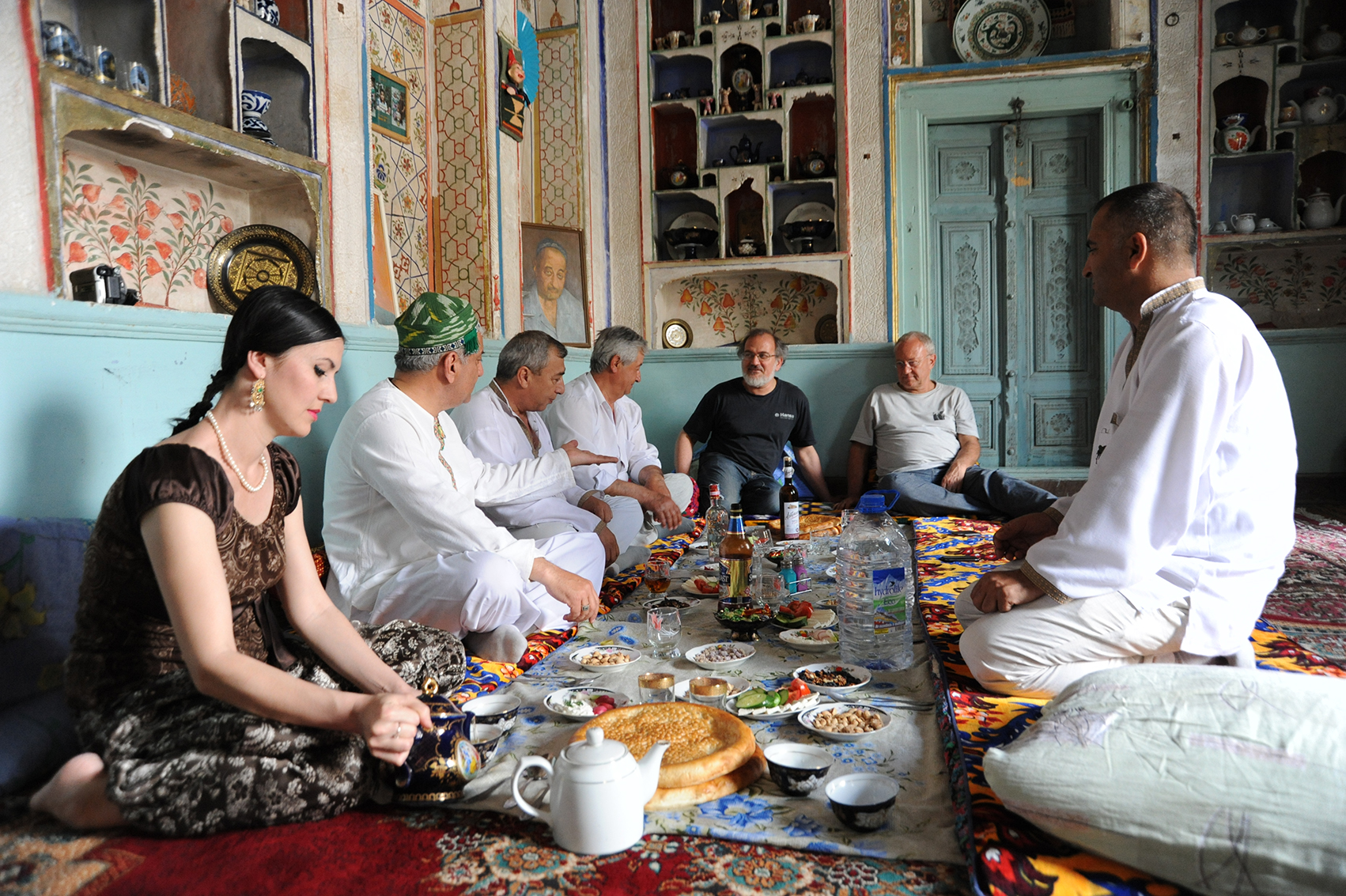 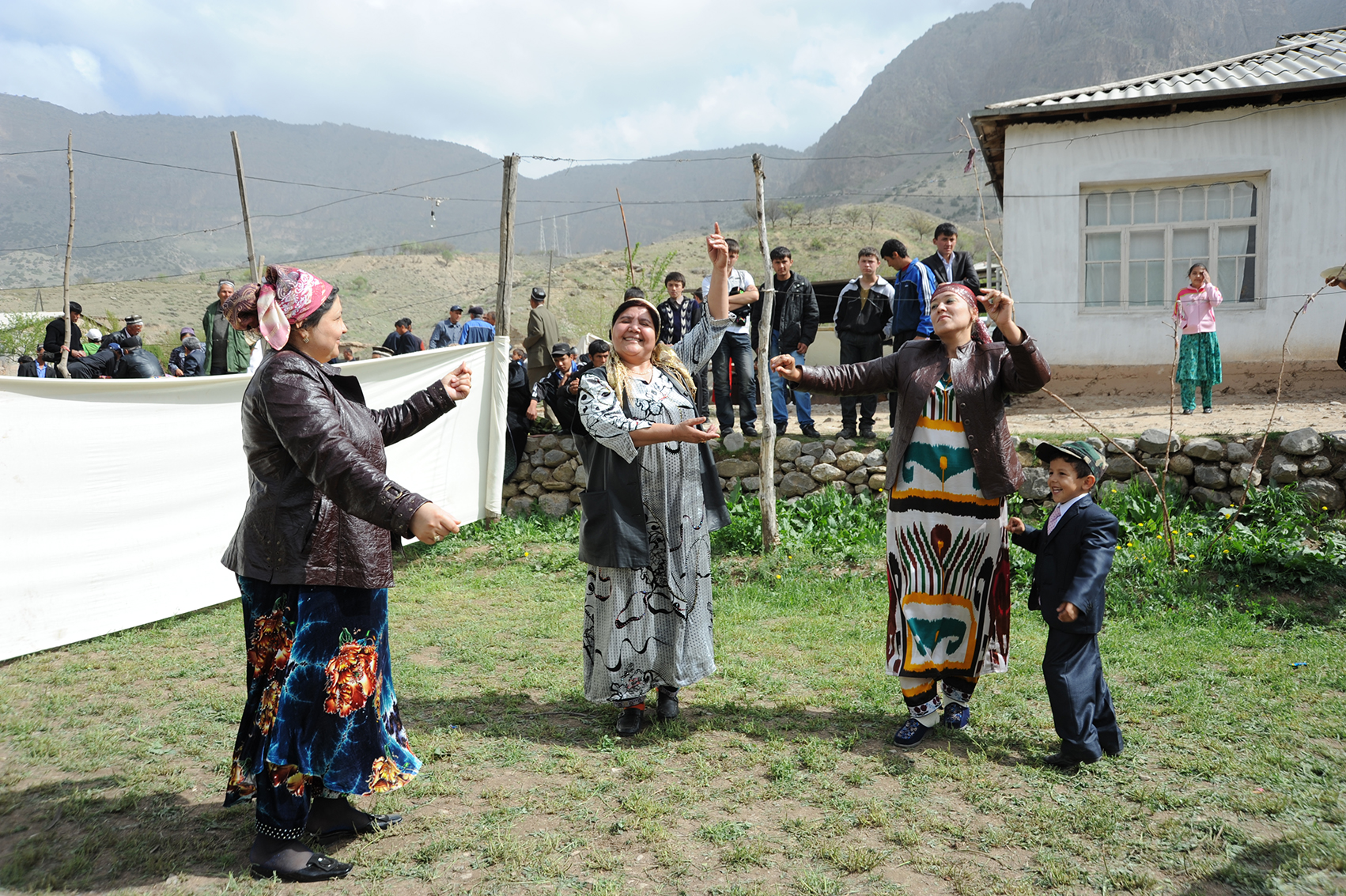 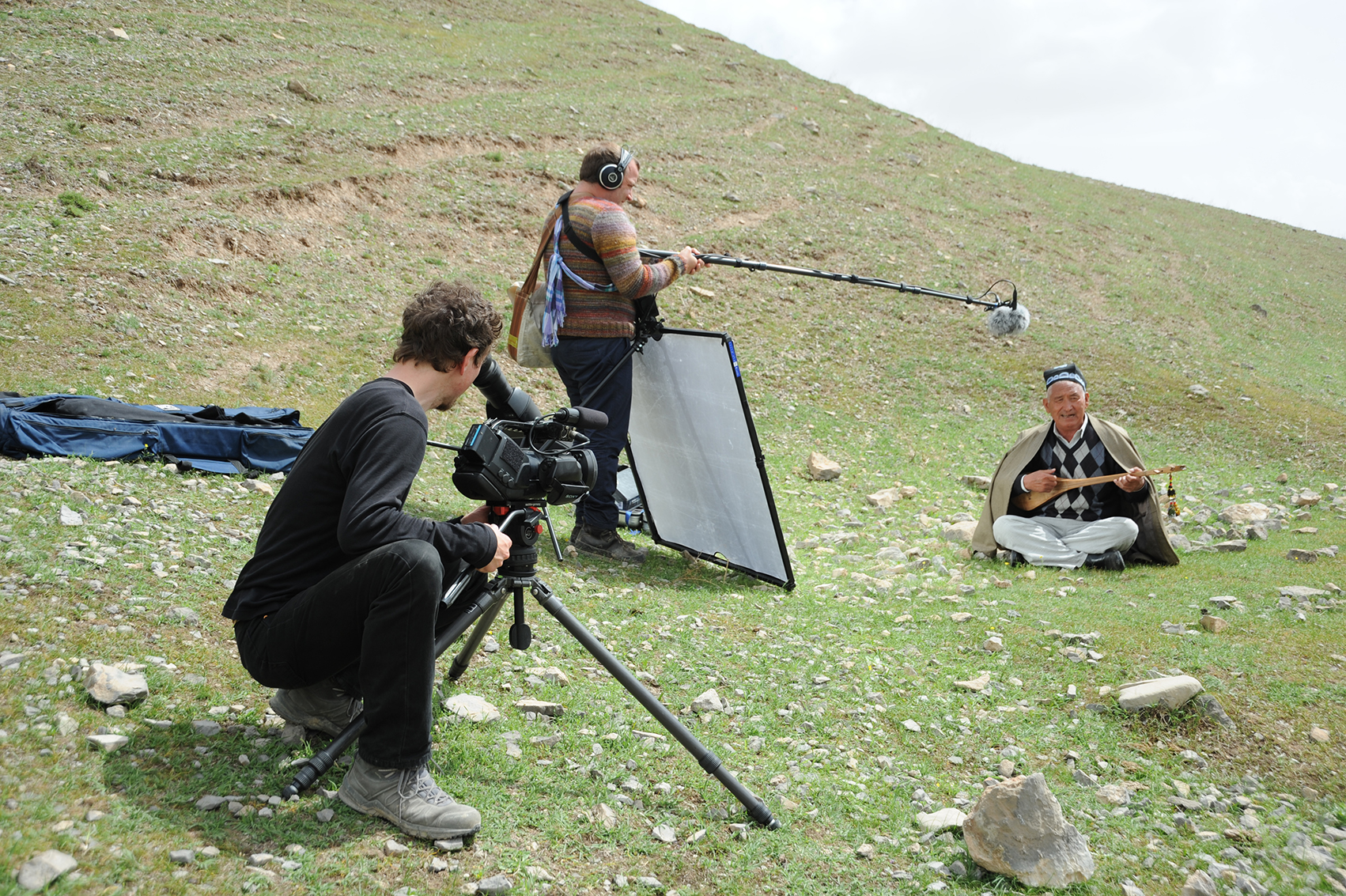 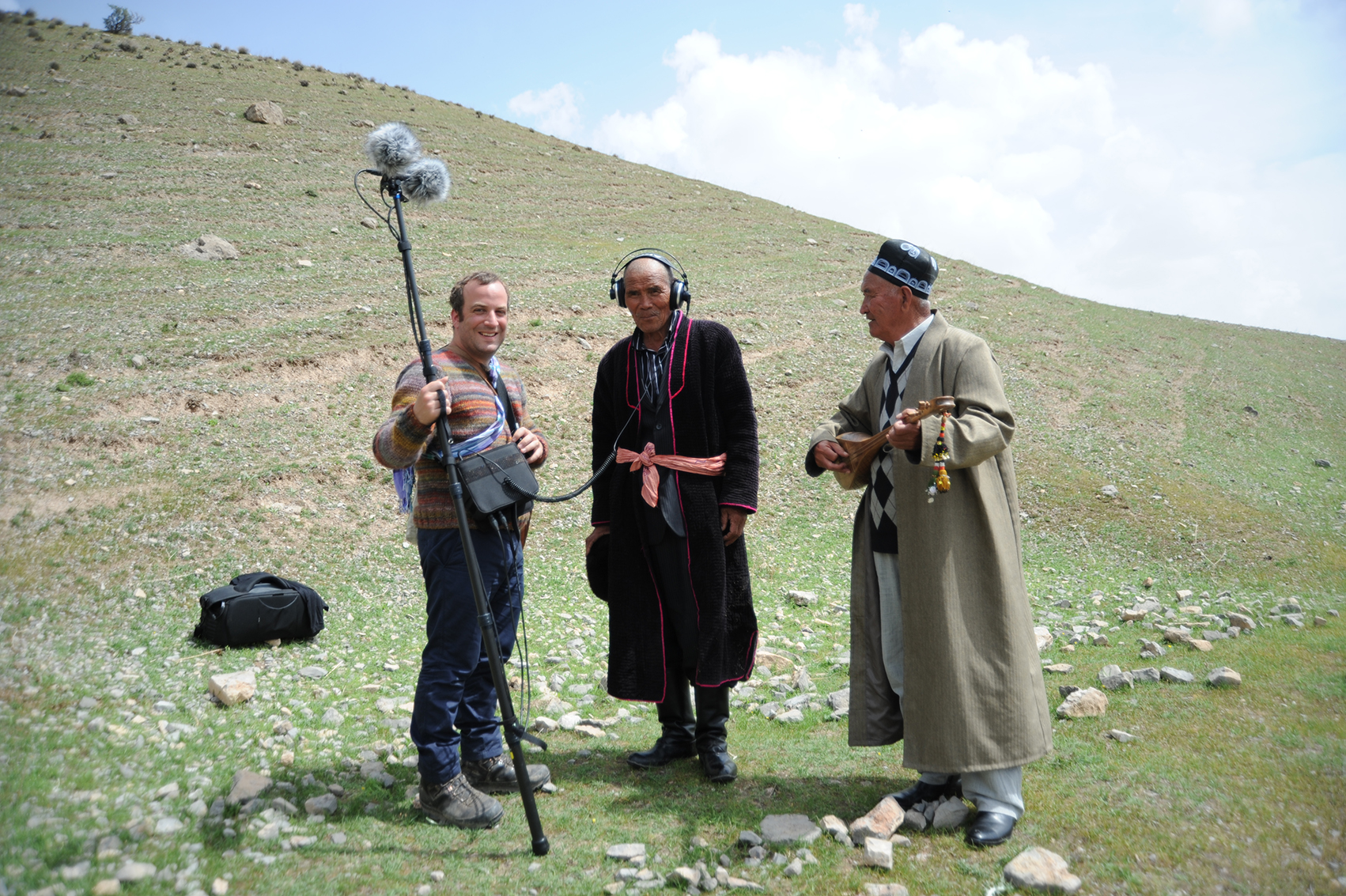 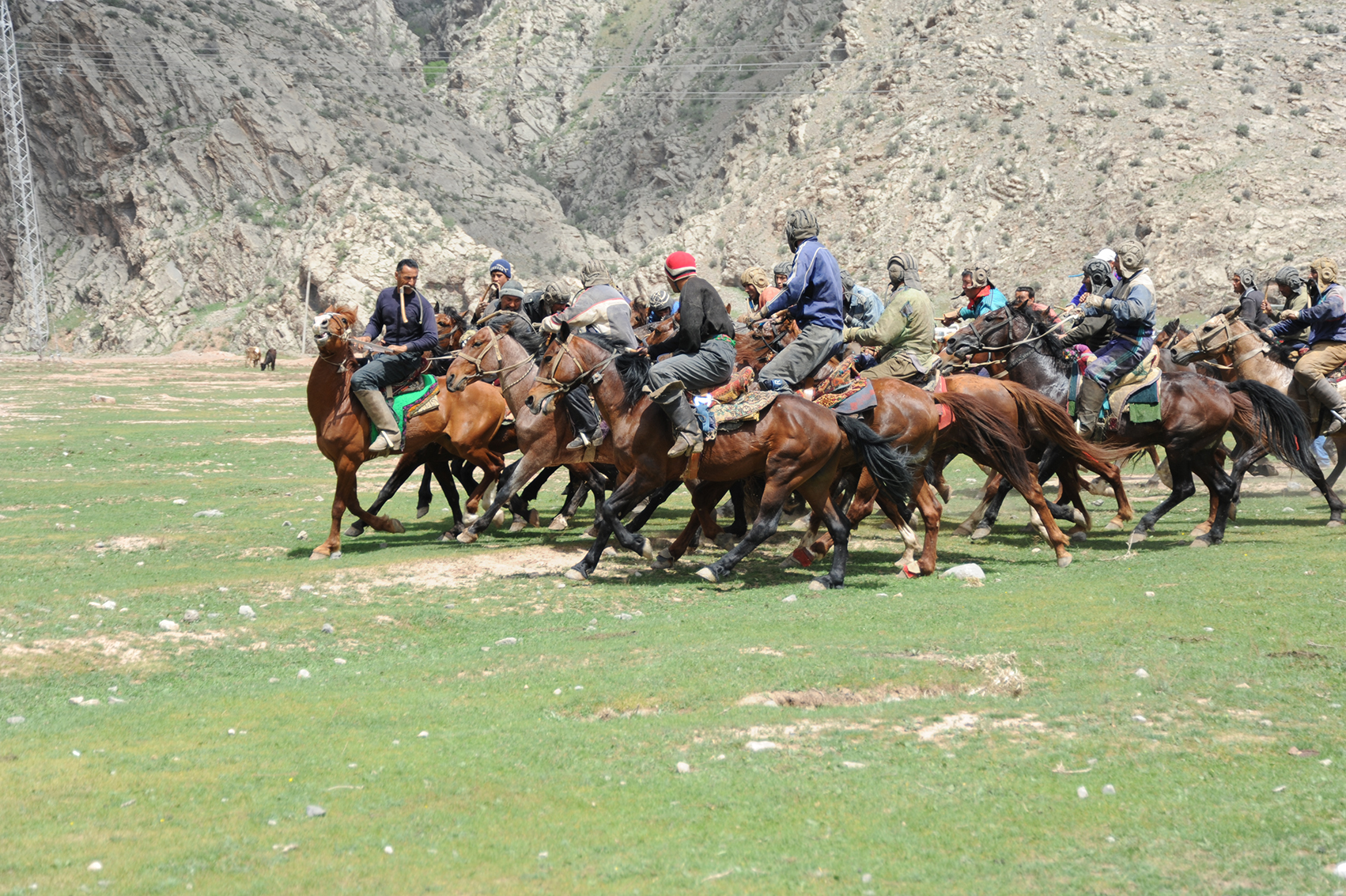 What was once a raging torrent has now almost completely slowed to a trickle. Since time immemorial, the river – which is known as Amu Darya in Persian or Oxus in Greek – has been used to convey cultural riches emanating from China to Western Europe. The guitarist and composer Marc Sinan embarked on an extensive trip through Uzbekistan and, along with Markus Rindt, filmed musicians who have kept alive musical traditions that stretch back centuries and were always cosmopolitan. He presents the initial fruits of his research in the form of a chamber music suite for guitar, clarinet, harpsichord and percussion, all of which perfectly interact with the video installations. Overlaps, antitheses and comments on the video material lead to an independent debate.

This chamber music-based dialogue was a precursor to the music theater DEDE KORKUT.

“Marc Sinan confronts folk music from the Orient with western avant-garde – a treat for the ears.” Neue Osnabrücker Zeitung, 17 Nov 2011

In cooperation with
HELLERAU-European Center of the Arts, Dresden and Markus Rindt/ Dresdner Sinfoniker 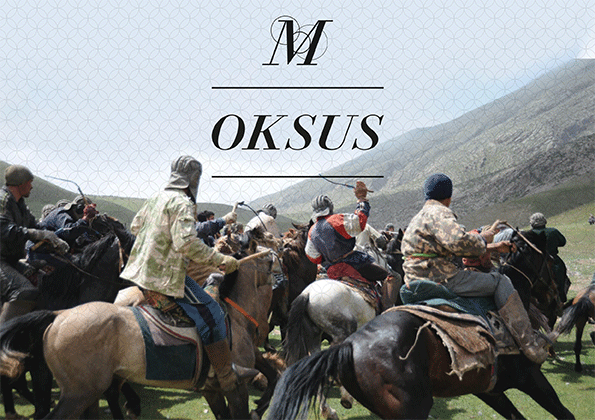 In cooperation with
HELLERAU-European Center of the Arts, Dresden and Markus Rindt/ Dresdner Sinfoniker