Anti-Semitism, fascism, and racism remain a part of contemporary history. Their terrors keep taking their toll; the victims, in turn, are waiting for justice. When will we be able to say that justice has been done? When will it be bright again, when will dazzling light shine once more?

In 1945, Batsheva Dagan, a survivor of Auschwitz, wrote a moving, unsparing plea for justice and appropriate judgment for the unspeakable acts of man against man. In an open letter, she addresses one of her tormentors, a woman then on trial in Germany. She concludes with the following words: “…We condemn you to live and suffer as we did, and never again shall you see the light of freedom.”

GLEISSENDES LICHT, a project by the Turkish-German composer Marc Sinan, offers a contemporary musical interrogation of these impulses of pain and lament, retribution and revenge. It pays tribute to the victims and it summons a radical call for justice that will not and cannot wait any longer.

GLEISSENDES LICHT musically connects four sites with simultaneous concerts. The former concentration camp Buchenwald still represents tormenting memories for many survivors of the Shoah; on its grounds, a boys’ choir and the State Orchestra Weimar will resound in tandem. In Jena, the Jena Philharmonic Orchestra, along with a choir and soloists, will amplify that musical impulse into an oratorio. And from Jena, bridges to two other sites: in Tel Aviv, the young Israeli actress Hadar Dimand will recall texts by Batsheva Dagan, and and in Berlin, the pianist Michael Wendeberg will play parts of Sinan’s multilocal composition as well as works by Mozart, Berg, and Schumann. In the Volkshaus of Jena, the program of GLEISSENDES LICHT will be expanded with pieces by Pēteris Vasks and Arvo Pärt. These simultaneous concerts in Buchenwald, Tel Aviv, Berlin and Jena will be livestreamed to create a multi-layered “Gesamtkomposition”––a musical ritual of remembrance.

GLEISSENDES LICHT derives from a cooperation between ACHAVA Festspiele Thüringen, the Jena Philharmonic Orchestra, the State Orchestra Weimar and the Buchenwald Memorial, under the artistic direction of Marc Sinan.

Marc Sinan gives insights into his work and the project on rbb-inforadio, on the YouTube channel of JenaKultur and as guest of the day on rbbKultur.

As part of the ACHAVA Festival Thuringia / Nine Centuries of Jewish Life in Thuringia.

GLEISSENDES LICHT derives from a cooperation between ACHAVA Festspiele Thüringen, the Jena Philharmonic Orchestra, the State Orchestra Weimar and the Buchenwald Memorial, under the artistic direction of Marc Sinan.

Supported by #2021 JLID – Jüdisches Leben in Deutschland e.V. with funds from the Federal Ministry of the Interior, Building and Community. 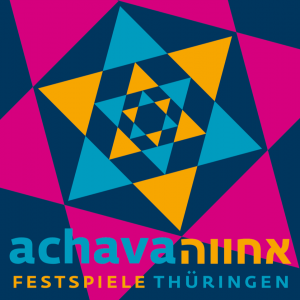 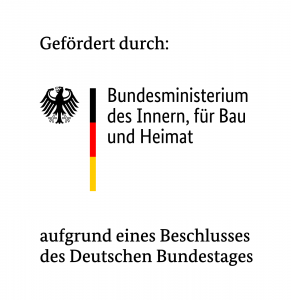